Small cap stocks that should be on your radar

Small cap stocks that should be on your radar

These are the 10 globally-focused companies favoured by fund managers.

We sought companies that mostly have a lower market profile and still offer value. Here are 10 stocks that make the grade.

UMG’s demerger from GrainCorp in March 2020 had awful timing. The beer ingredients producer became a standalone company just as the coronavirus pandemic erupted.

As pubs and restaurants shut, less craft beer was sold in venues. Volatile demand for malts, hops and yeast hurt UMG’s earnings and dividend. Its stock fell from a high of $5.24 to around $4.

Craft beer is a big market for UMG. Before COVID-19, global consumption of craft beer was booming as more people switched from traditional to boutique beers. Craft beers need higher quality malts and that creates higher profit margins for UMG.

About 90 per cent of UMG revenue is from the US, Europe and Asia. A US recovery is key: about 40 per cent of craft beer there is consumed on tap at smaller venues.

The well-run UMG is strengthening its position as the world’s fourth-largest maltster through investments in US warehousing and Scottish distilling operations.

As often happens in demergers, the “child company” outperforms a year or two after being cut loose from its parent, a trend that should be true of UMG when the pandemic is contained.

Investors couldn’t get enough of the online creative marketplace last year and its shares soared fivefold. Gains have continued for Redbubble this year, the share price hurtling to almost $7.

Redbubble connects over half a million artists with almost 7 million customers. Users put their favourite art on T-shirts, mugs, stationery and other items to create unique products and an e-commerce juggernaut for Redbubble.

Ivers says Redbubble can maintain rapid earnings growth and justify a higher valuation. “Younger consumers are favouring products that are distinct to them rather than mass-produced items. Redbubble has a highly scalable global model with attractive profit margins. On its current earnings growth trajectory, Redbubble is on a price earnings (PE) for the 2022 financial year of about 25 times on our numbers, which is attractive given the company’s growth prospects.”

More than 90 per cent of Redbubble revenue is made offshore. “Online marketplaces are hard to build, but history shows that companies that develop a strong foothold do very well,” says Ivers. “We believe Redbubble is at a tipping point in its global growth profile.”

Insurance is a tough industry for small companies to crack globally. Insurance brokers AUB Group and Steadfast Group earn most of their revenue in Australia and New Zealand. Steadfast is growing its Singapore network and has expansion plans for Britain.

PSC Insurance Group has a lower profile but a larger global presence. More than half of its gross written premiums are from Britain and the US and it wants to test Asian markets via Hong Kong.

Ivers likes PSC’s strategy to grow overseas through small acquisitions. “PSC is not competing with insurance giants. It’s picking up insurance brokers that target small- and medium-size enterprises. There are a lot of acquisition opportunities due to generational change as older insurance brokers in the UK retire and sell their business to firms such as PSC.”

Ivers says PSC’s defensive qualities during COVID-19 appeal. SMEs need business insurance and premium costs are expected to edge higher for the next few years. “PSC is well funded after its recent capital raising, and its management has skin in the game through share ownership.

PSC’s valuation is undemanding, says Ivers. “On our forecasts, PSC trades on a PE of about 19 times earnings for the 2022 financial year. That’s reasonable given its global growth prospects, particularly in the UK, and higher earnings visibility from its business insurance offering.”

The market gave up on the red light traffic technology vendor after a 2014 US bribery scandal, in which Redflex was caught funnelling cash to city officials to win contracts. Charges followed.

Although best-known for traffic cameras, Redflex makes and operates a range of traffic management technologies. The company is working on one of Australia’s largest transport-infrastructure projects and about 60 per cent of its revenue is earned overseas.

Ivers believes Redflex has turned the corner. “Most investors lost interest because of all the legal problems and the stock is barely covered by brokers. However, Redflex has strong free cashflow and is a relatively defensive business because of its long-term traffic contracts,” he says.

The $59 million company was a market darling before its bribery scandal. Now at 86¢, Redflex suits investors comfortable with microcap turnaround situations.

The Tasmanian whisky and gin producer has rallied in the past six months, despite putting its export strategy on hold due to the pandemic.

MicroEquities Asset Management’s Carlos Gil says Lark has international growth prospects. “Lark has a whisky-making tradition and is known as a premium brand. It’s an example of a microcap Australian company that can export a unique product.”

Gil says Lark will benefit from a long-term trend towards “food provenance”. “Consumers are becoming much more interested in where their food and drink was produced, particularly after COVID-19. Tasmania is known for its whiskies and Lark is recognised as a leading producer. Offshore interest in Tasmanian whiskies will keep growing.”

Lark had 770,000 litres of whisky under maturation (worth $107 million) at October 2020. Revenue is forecast to double to $12 million in the 2021 financial year as new releases sell out, e-commerce sales grow and after the reboot of its Forty Spotted gin brand.

Longer term, Lark will grow through small acquisitions and might itself attract offshore interest. Beer giants are snapping up craft brewers and the same is expected in boutique spirits; more than 20 spirit brands have been acquired globally in the past two years.

The microcap company in May 2019 appointed Geoff Bainbridge as its CEO. He is a former Foster’s executive who was involved in its offshore growth strategy and spirits business, and is an investor and director of high-growth companies.

Urbanise listed in 2014 at 50¢ a share. The price more than doubled within a year as interest in software-as-a-service (SaaS) companies boomed. But Urbanise has disappointed investors due to underinvestment in sales and marketing. It trades at under 8¢.

Gil believes the $60 million company can finally realise its international potential. About a third of its revenue is made offshore, principally in Europe, the Middle East and Africa. A $6.8 million capital raising in October 2020 will be invested in offshore growth and sales.

He says: “Property management software, a large addressable market internationally, is characterised by mostly archaic systems. New property software is displacing the old, a trend that bodes well for Urbanise, which has compelling technology for building owners.”

“We like that Hansen is making small acquisitions of companies that already have software embedded within their clients. That reduces acquisition risks and aids earnings visibility.”

Hansen earns more than three-quarters of its revenue overseas. Its share price soared in 2015 but returns have been modest since then, despite strong operational gains. Hansen posted 30 per cent revenue growth in 2020 and record earnings and dividends.

Hansen expects to accelerate its mergers and acquisitions strategy when COVID-19 restrictions are lifted, and has built an internal M&A team. Hansen has made more than 30 acquisitions and believes its market remains fragmented and localised.

Shareholders in the plus-sized women’s clothing company have had a wild ride in the past two years. City Chic soared almost threefold in 2019 then, like other retailers, tumbled in early 2020 due to COVID-19. From a $1.07 low in March 2020, it has rallied to just over $4.

City Chic has delivered strong earnings during COVID-19. Booming growth in online sales and $194 million in global sales in 2020 justified its higher valuation.

Acquisitions will add new growth. In 2019, City Chic bought the Avenue e-commerce business, a US operation. Late last year, it acquired the well-known Evans brand in Britain for $41 million, salvaging it from the collapse of Topshop owner Arcadia Group.

The fast-fashion jewellery chain opened 66 stores overseas in the 2020 financial year, despite COVID-19 disrupting its fourth quarter. About two-thirds of Lovisa’s 435 stores are offshore.

Lovisa’s international operations worked against it during COVID-19 as stores were temporarily closed in nations severely affected by the pandemic. But its share price is almost back to pre-coronavirus levels as the market looks towards reopened economies and higher demand.

Glennon believes fast-fashion jewellery is a long-term growth market and says Lovisa’s product knowledge and supply chain skills are competitive advantages. “Lovisa was doing very well before COVID-19 and its product offering was resonating in the US and other markets.”

The Voice over Internet Protocol (VoIP) provider has its sights on the rapidly emerging cloud-based communications market in the Asia Pacific.

A ride share company, for example, might buy 50,000 phone numbers from MNF for its drivers, and would pay a small recurring monthly fee. MNF numbers enable worldwide calling, conferencing and messaging through software and apps.

The company has big plans in Asia. It expanded into Singapore last year and wants 10 per cent market share there within five years. Singapore will be a base for further expansion in Asia as MNF looks to disrupt telephony through VoIP technology.

“MNF has one of only five networks in Singapore not owned by a local operator,” says NAOS Asset Management’s Sebastian Evans. “As it confirms the viability and returns of the Singapore network, we expect MNF to move to South Korea and Japan, possibly through acquisitions.”

Evans says MNF’s business model provides recurring revenue with high margins. “Selling phone numbers and providing VoIP services looks boring, but is quite an attractive business. MNF could be among the few Australian small-cap companies to build a big business in Asia,” he says.

Click here to read the article on the Australian Financial Review 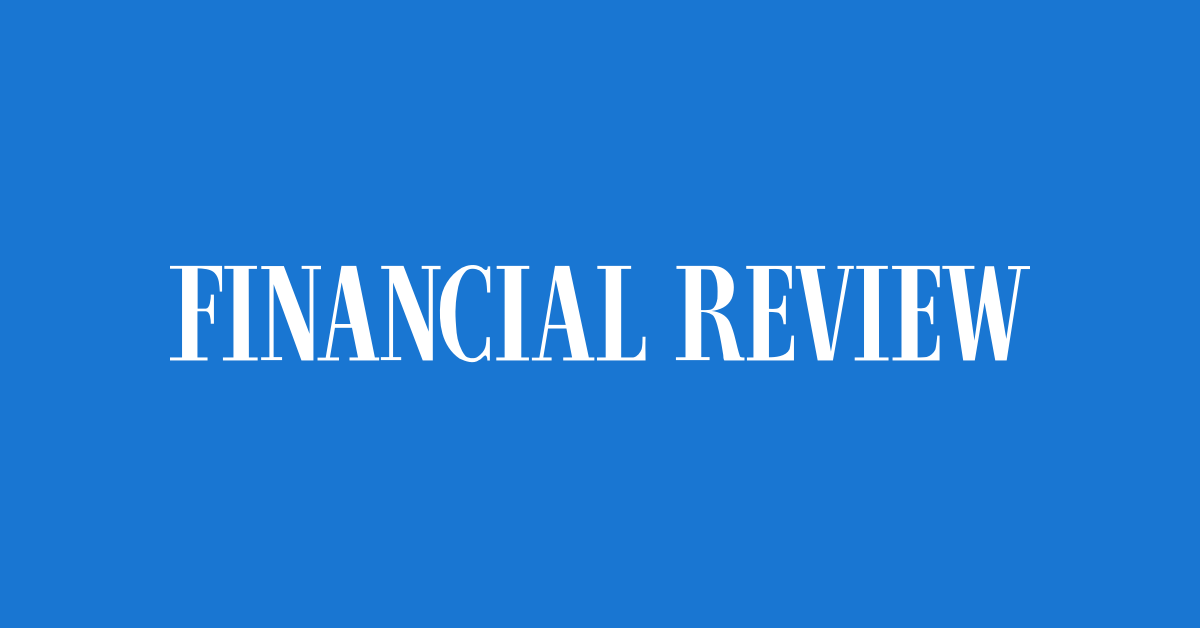 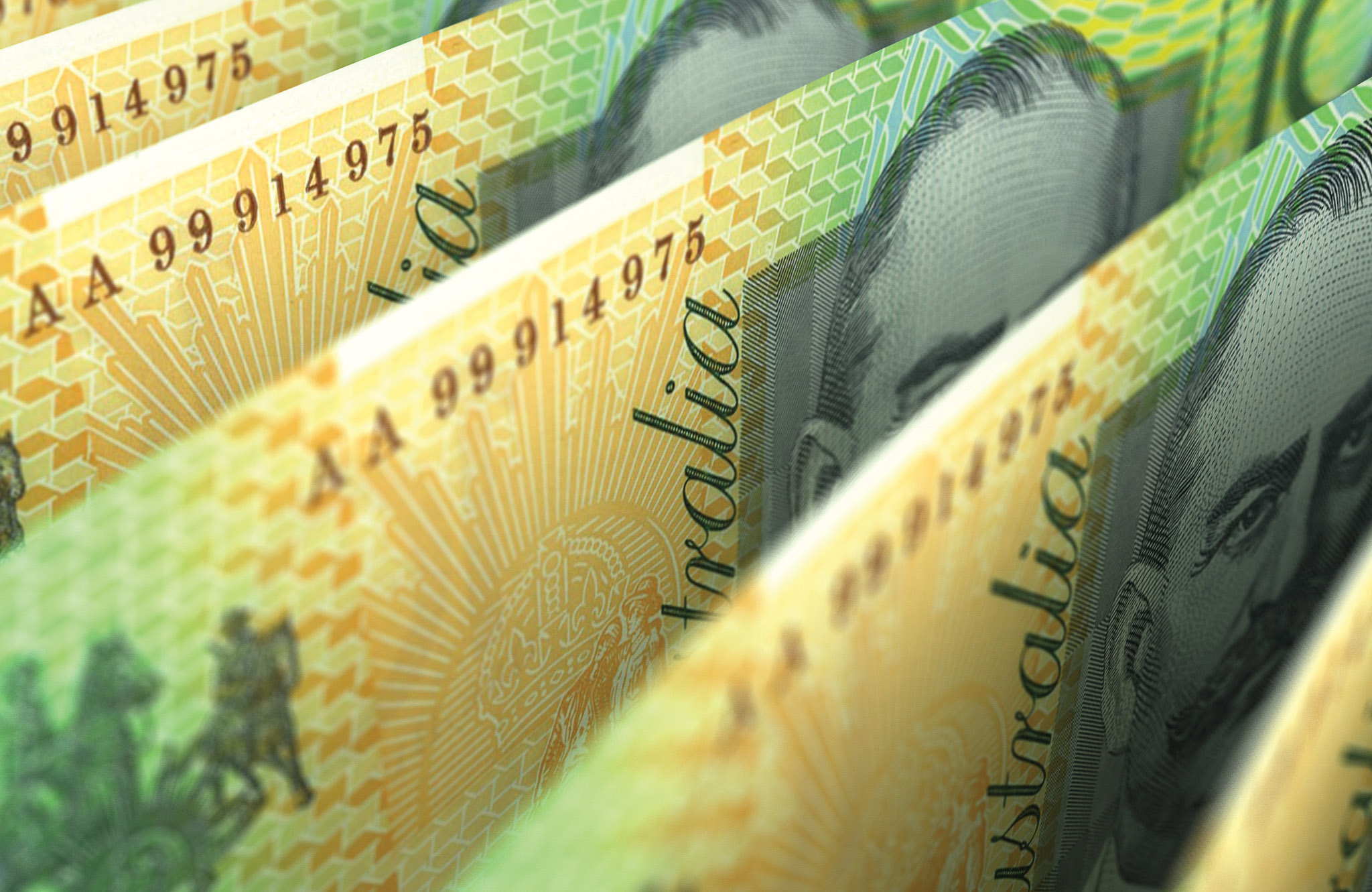